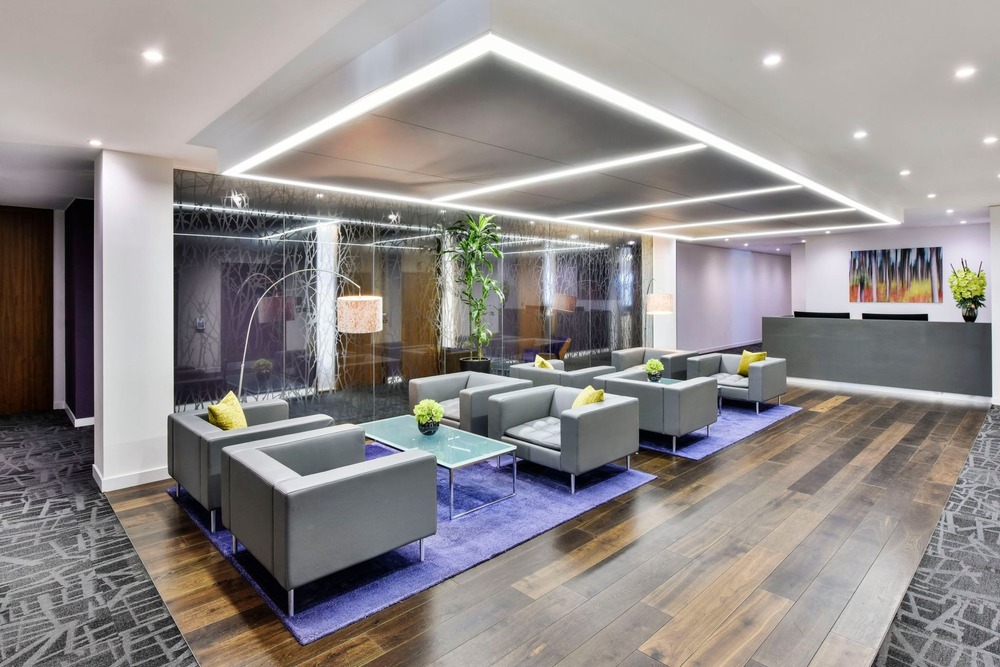 | Ref 18154 A striking new office development in the heart of St James's providing flexible workspace for growing businesses. Offices are spacious and filled with natural light and high speed internet throughout....

| Ref 27026 We are a provider of fully serviced office space operating from prime London locations. Our Business Centres boast everything you would expect from your workspace environment; impressive offices; larg... 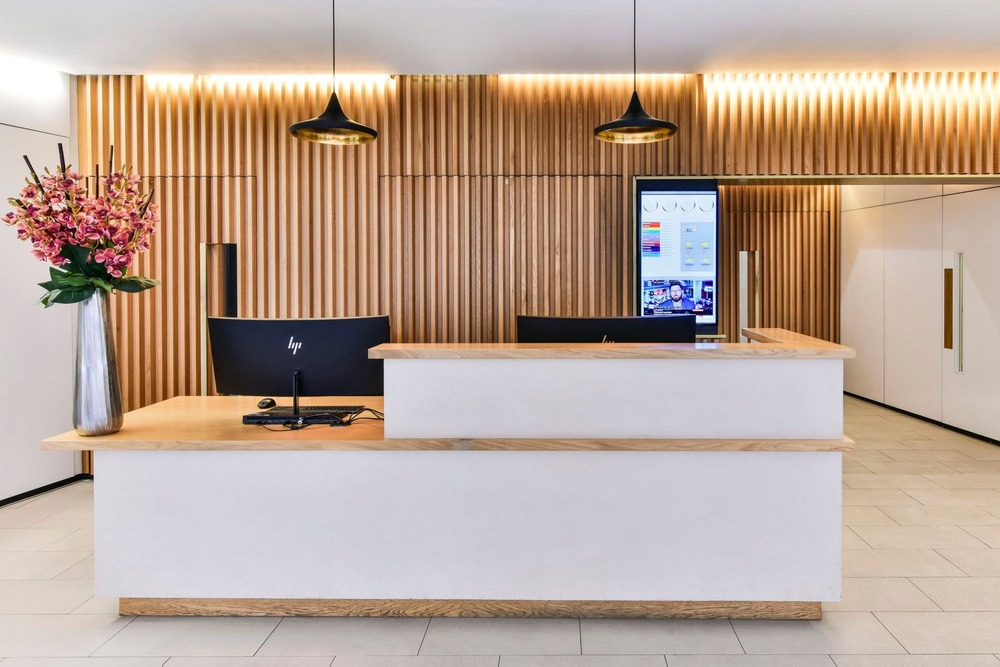 | Ref 19259 Serviced office suites occupy this attractive office building, which provides 24 HOUR ACCESS to its offices, MEETING ROOMS and wide range of facilities. There is an elegant RECEPTION AREA which offers... 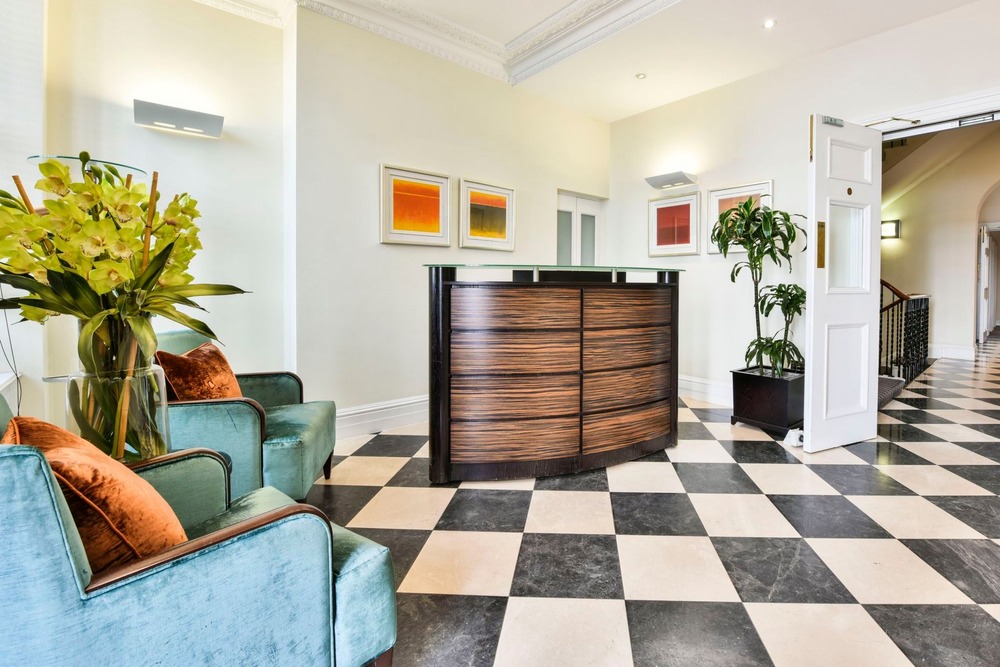 | Ref 7535 This stunning period building offers a prestigious location in Pall Mall, as well as a luxurious look and feel throughout. The building has been extensively modernised and refurbished, and is equipped... 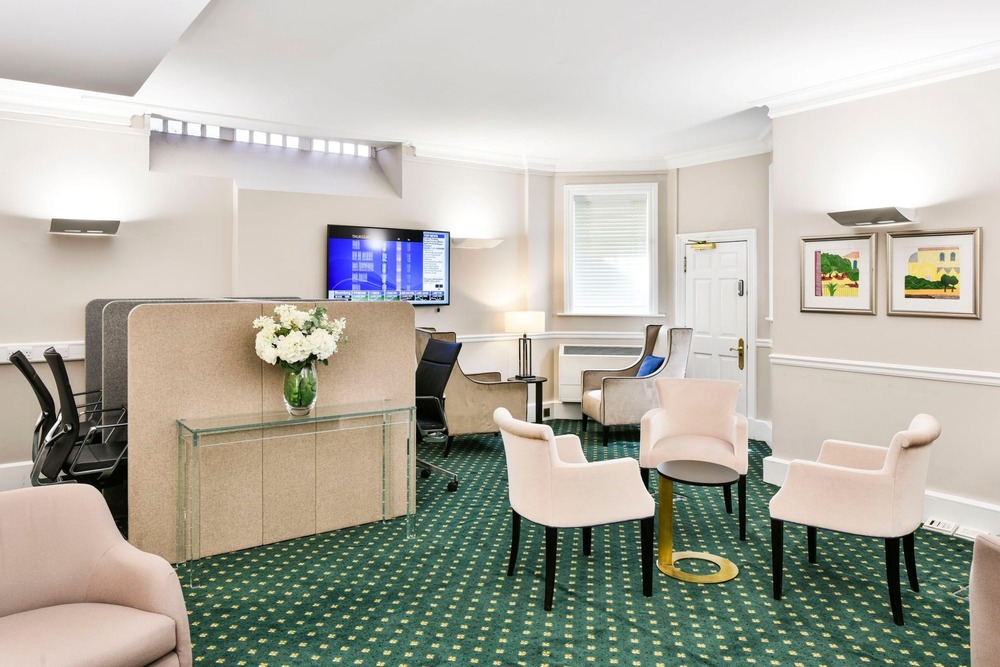 | Ref 565 Impress your clients and colleagues by renting a flexible private office in this STUNNING PERIOD PROPERTY overlooking Berkeley Square. Private offices are BRIGHT & SPACIOUS, and some overlook the squa... 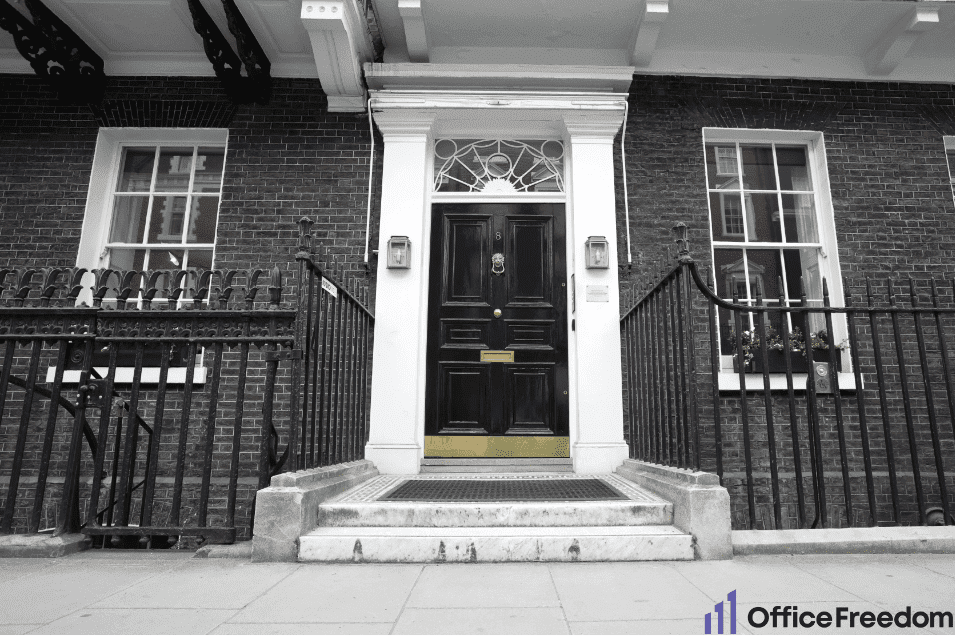 | Ref 19711 Contemporary, light-filled office spaces in London occupy this prestigious building in upmarket Mayfair. The building retains much of it's traditional townhouse features, but with a contemporary twist... 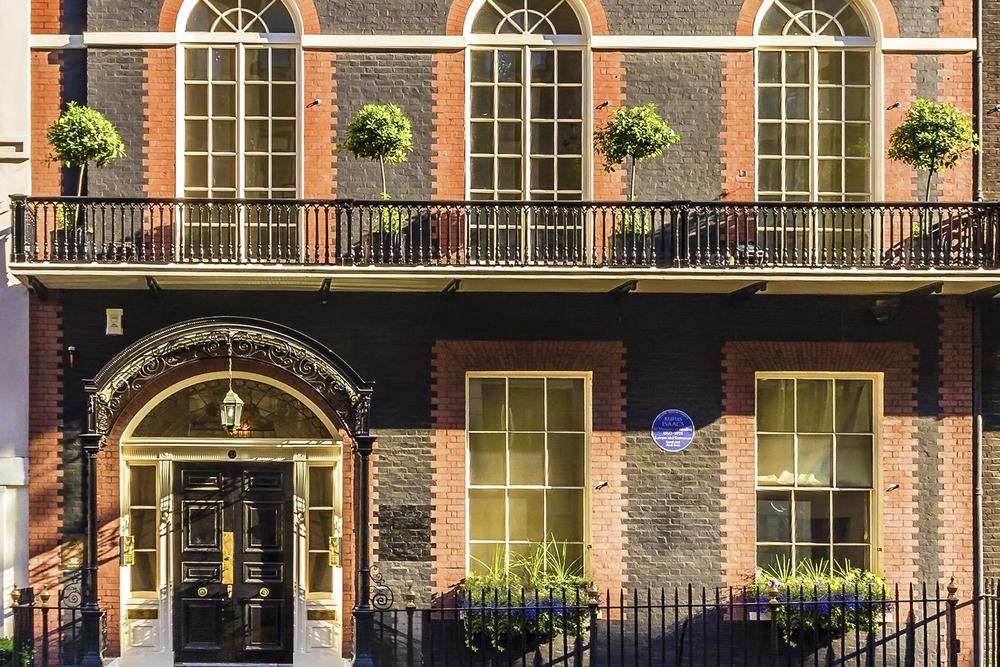 | Ref 20060 High end offices that are guaranteed to impress colleagues and clients. Each office in the unbranded building is fully serviced by discreet and attentive personnel who provide a dedicated reception, p... 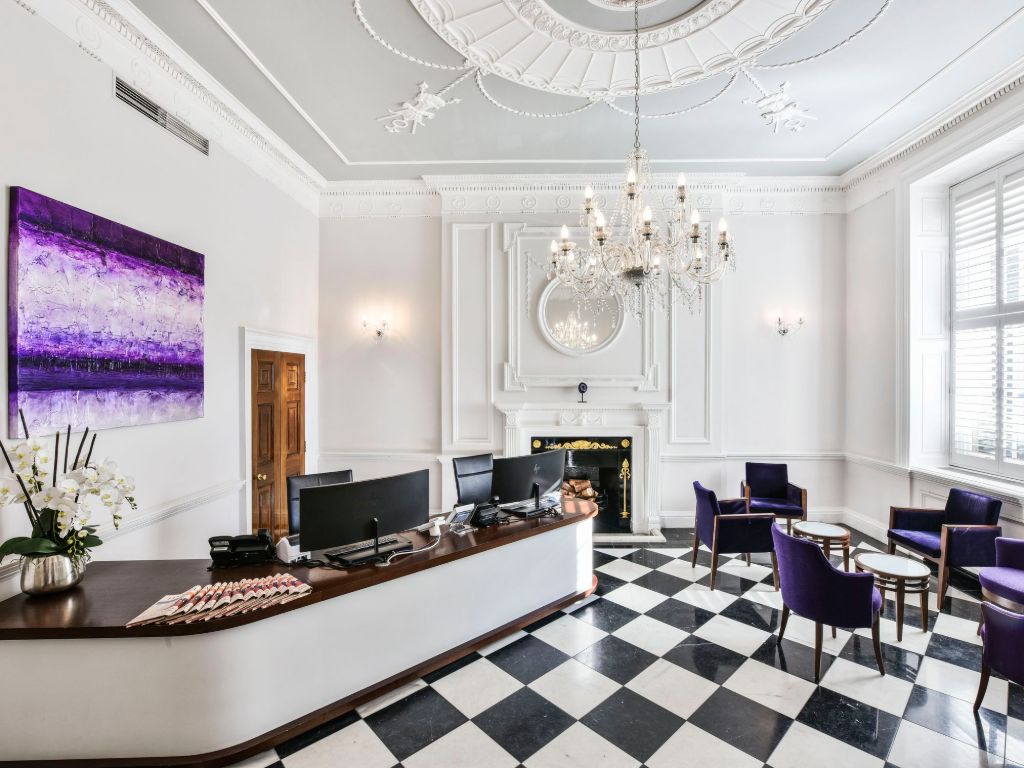 | Ref 752 This fully serviced office space in St. James’ Square is of great architectural interest and has been expertly restored to provide the facilities required to run a contemporary business. The property... 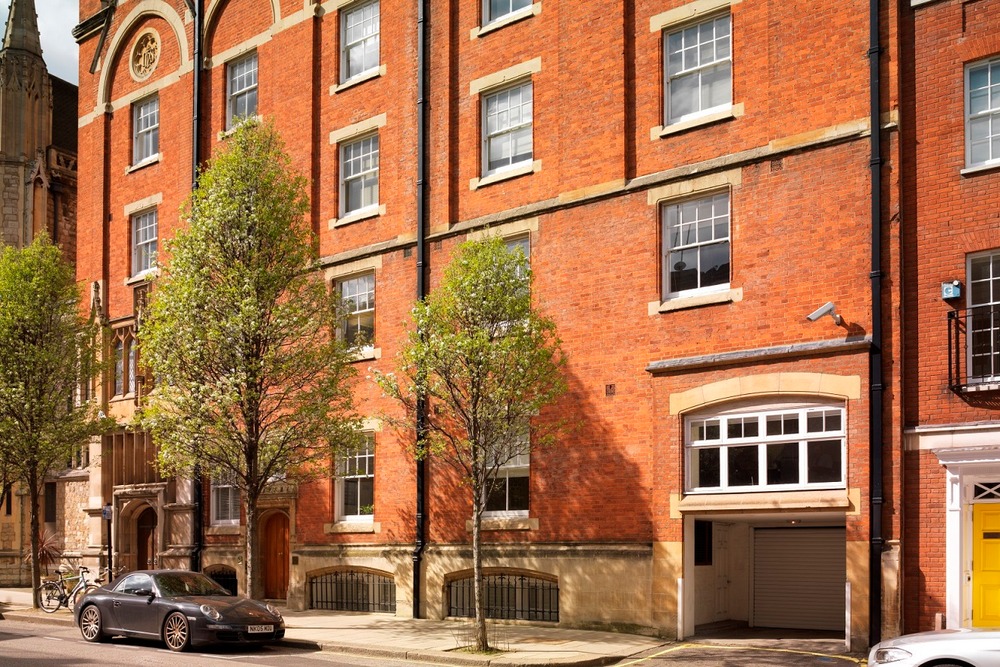 | Ref 7035 This characterful office space on London’s Farm Street is conveniently situated deep inside the affluent district of Mayfair with its wealth of shops, bars, restaurants, museums and theatres. Part of...

The UK s capital city is home to some 8 million people, and with 300 languages spoken every day, it truly is a diverse cultural centre. It is the largest city in Europe and the world s most visited. The city is comprised of 32 boroughs in total, 12 of which are inner-city districts. North, South, East and West London all offer their own unique characteristics and have different strengths in the arts, commerce, education, entertainment and finance.

London is steeped in an illustrious history dating back 2000 years. It began its life as an economic hub when it was founded by the Romans in AD 43; the small area of the city in which they resided is still called the City of London today. In the middle stand the Big Ben clock tower, Westminster Abbey and the iconic Houses of Parliament, home to the UK s legislative body.

Setting up your Business Here

London is an excellent location when considering commerce, as it is a prominent global city and one of the world s leading financial centres. Many well-known corporations have headquarters in London, including those operating within the financial, banking, trading, media and publishing sectors. London is also home to an ever-growing number of exciting startup enterprises. Its exceptional market reach and culture of innovation makes it one of the most diversified startup ecosystems in the world.

Small and large businesses have offices in London, not only for its prestigious location but also due to the flexibility of office space. More people are opting for serviced offices in the capital because they are a convenient and cost-effective option, which has led to a growth in the number of flexible offices to rent in London. The city is also hugely popular with co-workers; centres provide networking opportunities and the opportunity to collaborate creatively.

Excellent transport links including the London Underground, Overground and bus services make commuting to and within the city quick and easy, although they can get very busy at peak times. London is well connected to national rail services and is served by four airports including Heathrow, making it an important gateway for international business.

Things to do in London

London is in a constant state of flux, which means you re never at a loss for something new to see or do. From the bustling markets and shopping centres to the famous galleries and theatre venues, this vibrant place never ceases to amaze those who visit and reside in it. And because almost all of London s major public galleries and museums are free, having fun needn t cost the earth.

With 857 galleries, 4 UNESCO world heritage sites and a plethora of free exhibitions and events to choose from, culture vultures really are spoilt for choice in London. The South Bank, situated in the borough of Lambeth, is the entertainment district that has it all. The Tate Modern offers free exhibitions all year round; you can watch a play at Shakespeare s Globe and the National Theatre or catch a classic film at the British Film Institute.

Other popular daytime attractions include the National Gallery in Trafalgar Square, the Maritime Museum in Greenwich and London s Royal Parks (Kew Gardens, Bushy Park and Richmond Park in South West London are a little further afield but definitely worth a visit). London s 2012 Olympic Park is also listed as a top visitor attraction - the Orbit has been transformed into a 178-metre-high work of art that doubles up as an incredibly long slide!

Take a trip off the beaten path to discover London s lesser known galleries and cultural gems. The atmospheric Crypt Gallery beneath St Pancras Church showcases regular events and exhibitions and the aptly named Museum of Everything is the world s first and only wandering institution , showcasing experimental modern artists. Learn about East London s gritty past on a Jack the Ripper walking tour - not for the faint-hearted.

There s plenty to do in the evening in this nocturnal city. Theatres in the West End such as The Savoy and The Lyric play host to long-running hit shows and musicals every night. London also has a thriving fringe theatre scene - the Arcola in Islington and the Southwark Playhouse in Elephant and Castle show plays from lesser-known as well as established playwrights.

Fancy a laugh? Open mic nights are widespread in the capital and are usually pretty cheap: the Lion s Den Comedy Club, Hackney Empire and Cavendish Arms are among the most popular in London. You can see well-known comedians at the Leicester Square Theatre.

There s also a huge range of cinemas to choose from in London. Head to Leicester Square s Odeon or Vue to see the latest blockbuster movies. For those who prefer the avant-garde, the Curzon and Prince Charles cinemas specialise in arthouse and cult classic curation. In the summer season, you can indulge in a cocktail whilst watching a film at one of the city s outdoor cinema screens.

London s Oxford Circus is home to flagship stores of many big British and international labels. You can also find a range of high street and designer brands at the Westfield shopping centres, situated in Shepherd s Bush and Stratford.

If you require something vintage or unique, you can head to one of London s legendary markets. West London s Portobello Road market is the biggest antiques fair in the world and also offers a range of vintage and contemporary clothing. In the East of London you ll find Brick Lane market selling clothing, art, food and knickknacks.

The choice of bars and eateries in London is unparalleled - perfect for when it comes to meeting clients or friends. Whether you have a taste for traditional British fare or authentic foreign cuisine, London serves up a selection to fit any budget.

Places for lunch - Princi in Mayfair is perfect for authentic pizza and the Riverside Terrace Cafe in south London offers stunning views of the London skyline. Vapiano on Great Portland Street is ideal for larger client lunches. There are plenty of cheaper options available too - Taylor St Baristas and Everbean near Oxford Circus offer a range of takeaway snacks.

Wining and dining - Enjoy British cuisine with a twist at the impressive Duck and Waffle, situated on the 40th floor of the Gherkin, or enjoy a good old fish and chips dinner at Poppies in Spitalfields Market. London is also home to some of the UK s best traditional pubs: try the Cheshire Cheese or the Ape and Bird for good pub grub.
For the best choice of Chinese restaurants, head to historical Chinatown in Soho. Hackney is home to some of the finest Turkish ocakbasi restaurants and Bethnal Green serves up some delicious Indian fare - check out the award-winning Tayyabs in Whitechapel.

Bars & nightlife - You ll find great bars and a thriving club scene in every corner of London. For post-work drinks in north London head to Dalston or Camden, taste cocktails in Frank s Campari Bar in Peckham and party with the stars in one of Chelsea s premier clubs.