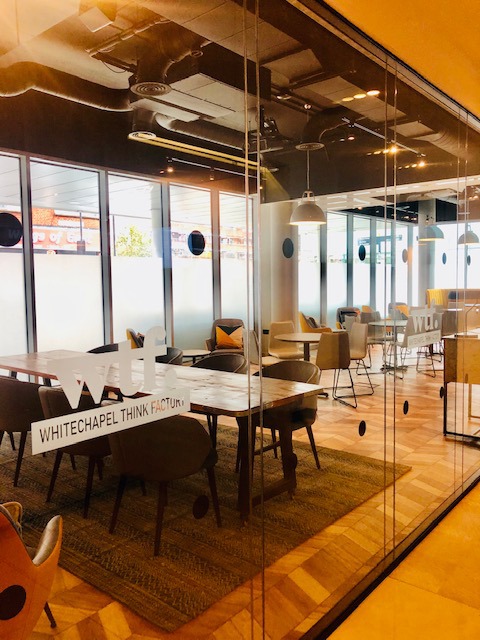 | Ref 26542 Our building and office space is located in Whitechapel, walking distance to Aldgate & Liverpool St and access to City of London. With a DLR, Overground, Tube and soon to be Crossrail the office is ea... 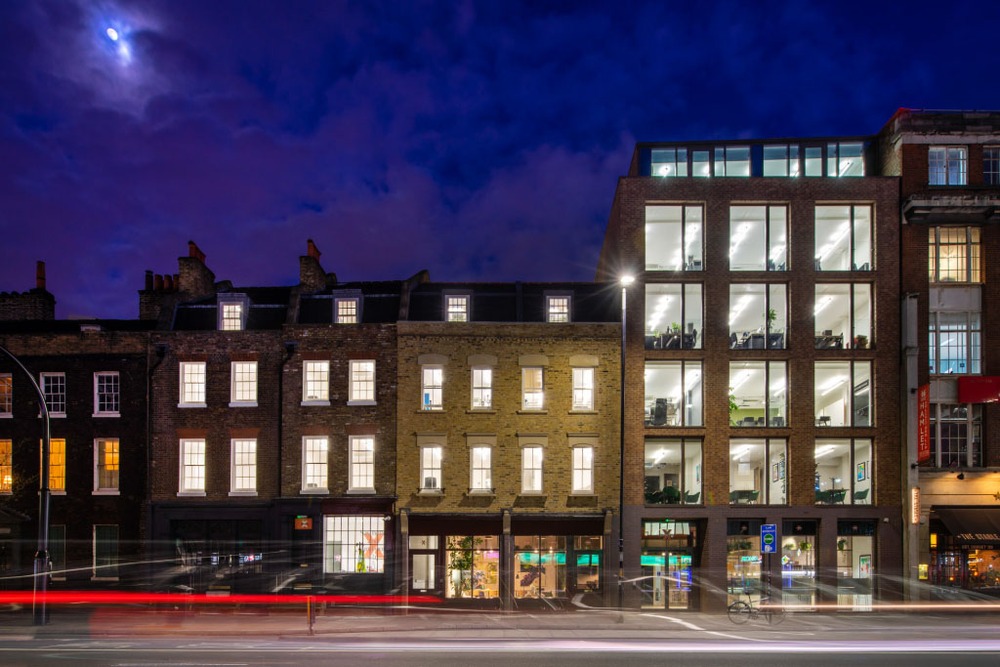 | Ref 25839 In Aldgate East/Whitechapel merges design, technology and wellness to provide your business with the perfect home from which to grow. Combined with their inspirational cultural program, your company w... 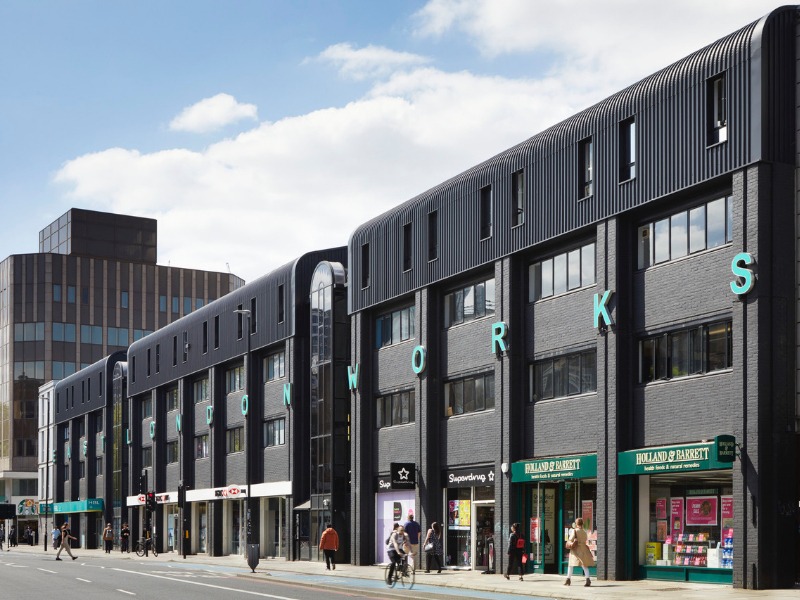 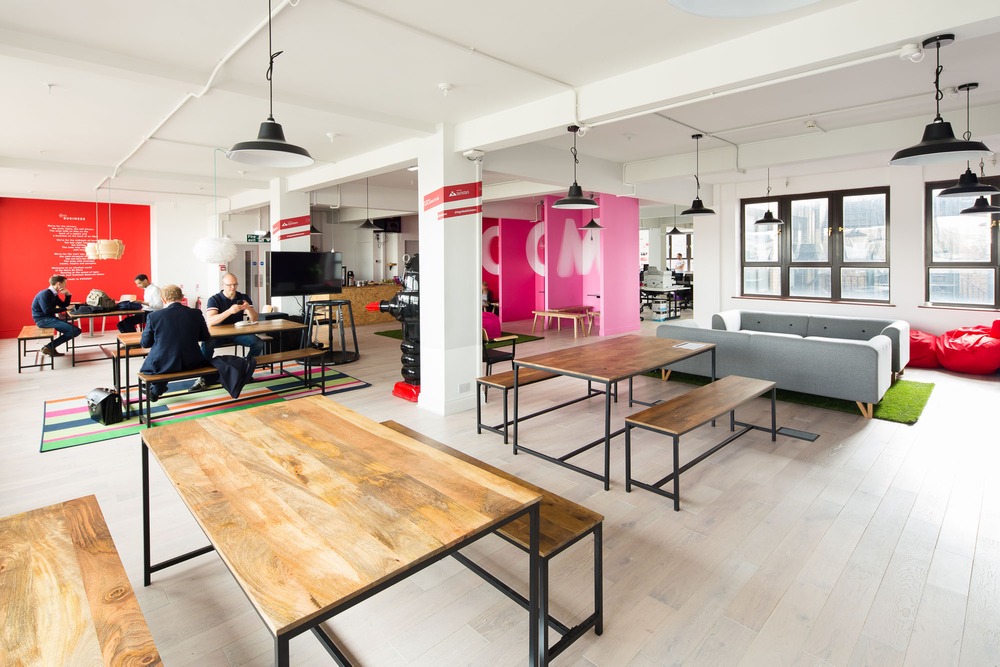 | Ref 23014 The space is a curated community of ambitious fast growth businesses and workspaces are designed specifically for tech startup and scale-up teams. The space is split across six floors, boasting high c... 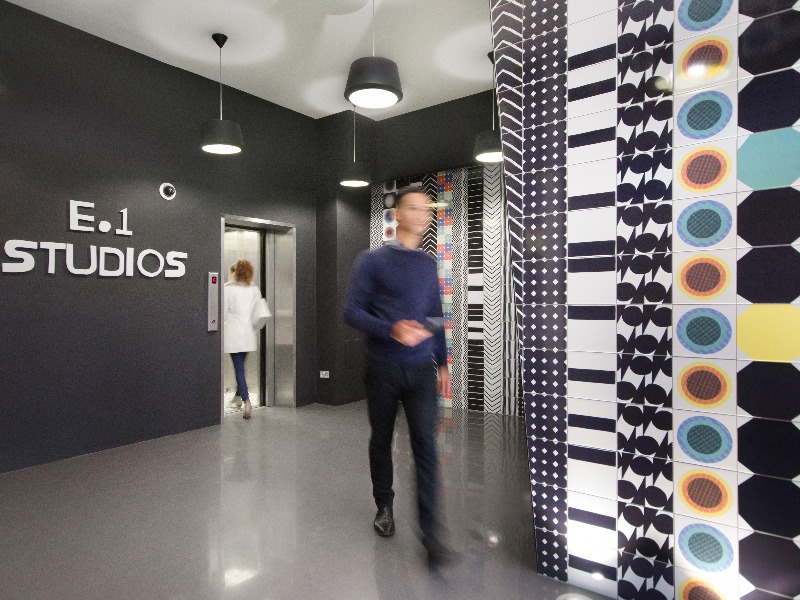 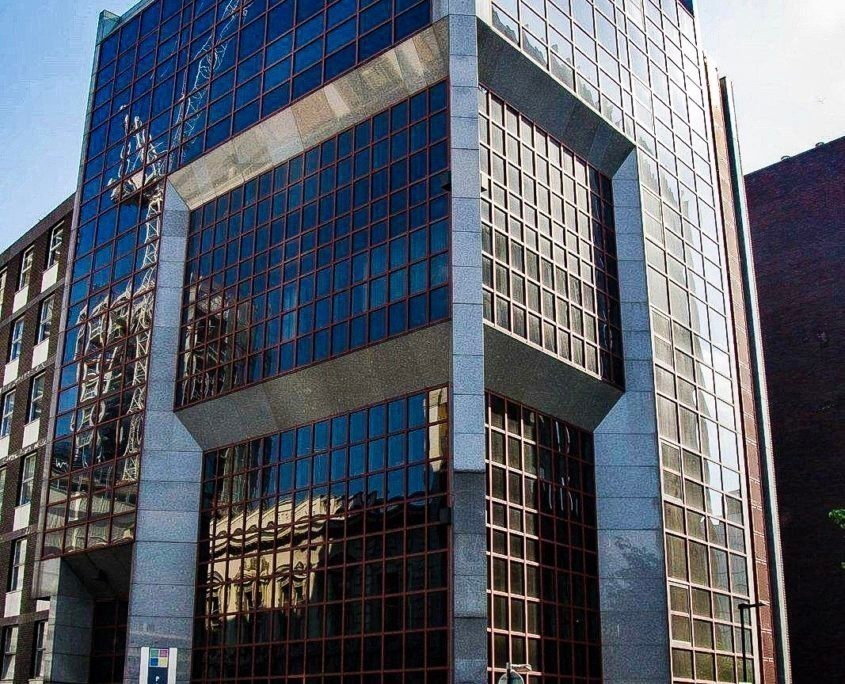 | Ref 14534 With an architecturally attractive glass exterior, this contemporary and functional office space on London’s Leman Street offers a versatile business solution to a host of 21st century corporate enter... 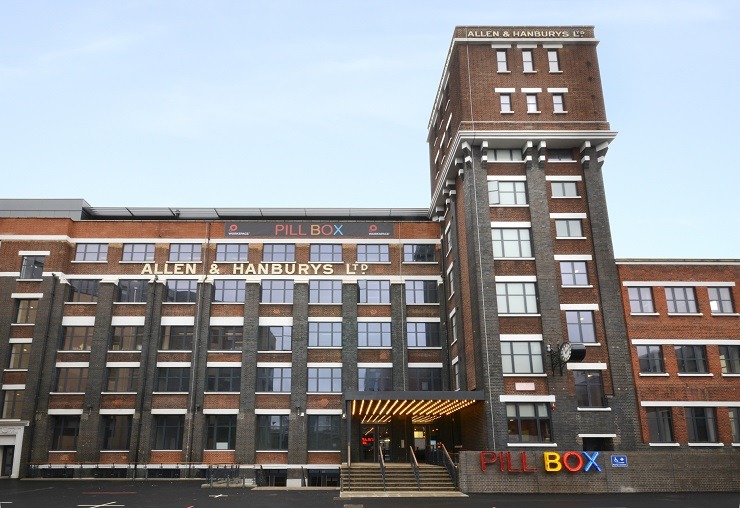 | Ref 17036 Pill Box is surrounded by the authentic railway arches and trendy East End bars and pubs. The building embraces its historical features which include lab tile floors, blue engineering brick columns an... 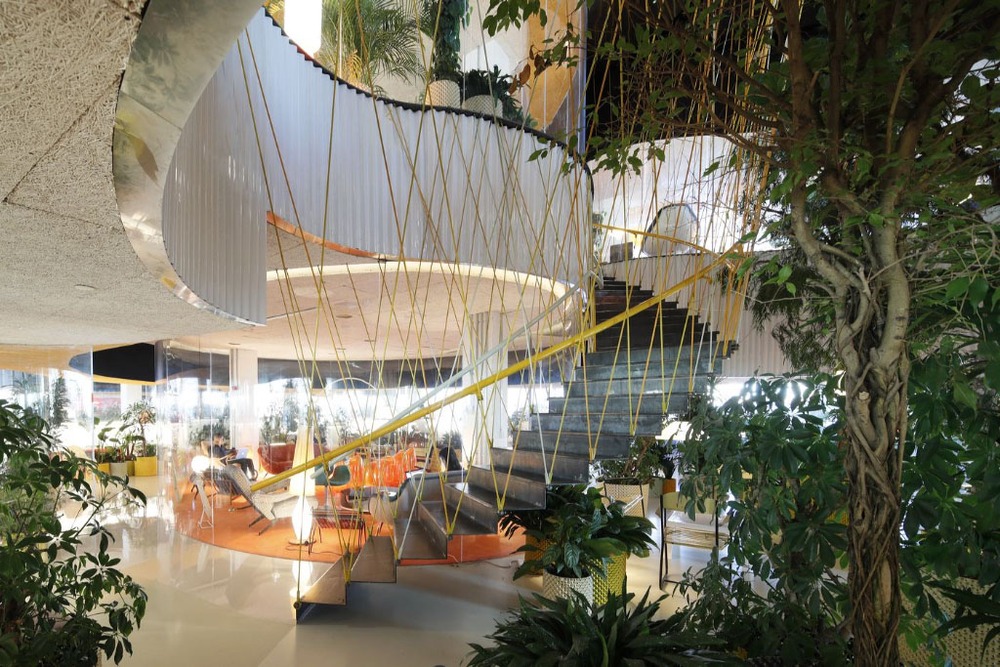 | Ref 28506 This incredible office building boasts furnished offices and meeting space, but also boasts exciting extras such as a wellness programme, on-site restaurant and a 100-person auditorium. The building i... 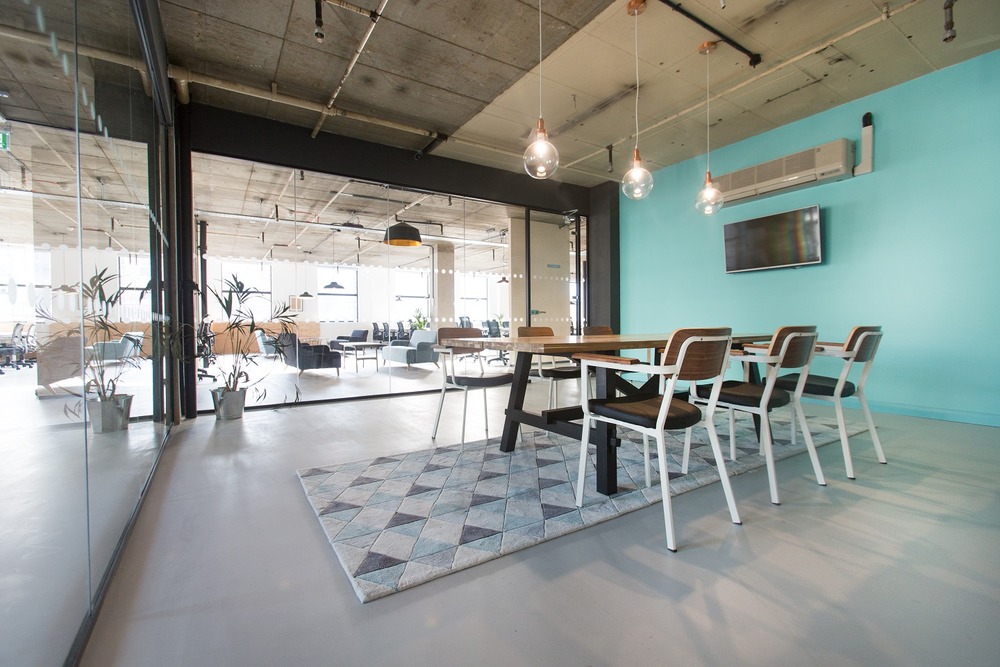 | Ref 21775 This flexible coworking and serviced office in Aldgate is just a stone's throw from Aldgate East station, offering fantastic links to the City. Liverpool Street station is only a 10 minute walk, and S... 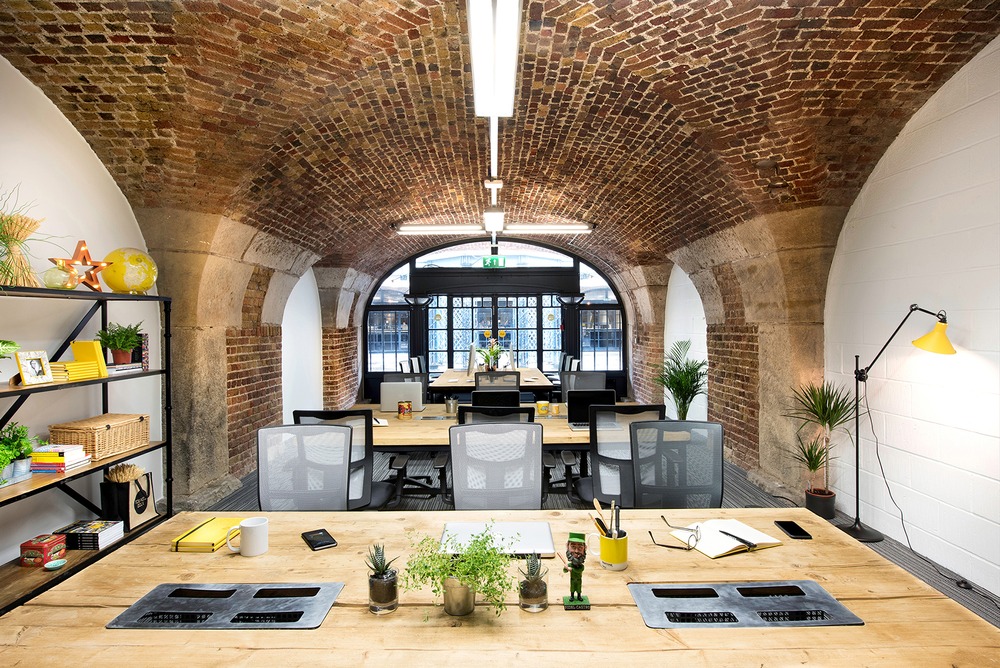 | Ref 19983 Shared & Private office space in Wapping is available within this beautiful business community centre, which is ideally located within easy reach of the city. This Grade I waterside complex is close t...

East London covers a large number of districts in London; everything to the east of the City of London including Shoreditch, Hoxton and Canary Wharf. During the Second World War, the East End was ‘Target A’ for bombing because it contained some of the most important dockland areas.

This partly led to lower rents and more available property, which in turn triggered the rise of the area in recent years as businesses have found it easy to get office space. East London is now a popular business district, a place of diversity and a cultural hub.

There are a wide range of businesses and industries based in East London and the networking opportunities in this area are fantastic. Canary Wharf is a major financial district of the city and draws some of the biggest and most important financial institutions in the world.

The Museum of Childhood is a simple and relaxed East London museum offering a beautiful look at childhood through the ages. Featuring notable toys and dolls from history, it also exhibits some more up-to-date examples, making the venue a portal back into childhood for all visitors, no matter their age.

For a more grown-up look at history, the Geffrye Museum charts interior design and decor through the ages. The visitor is able to walk through a series of rooms which take them through the decades. Notable galleries include the Whitechapel Gallery, Calvert 22 and the Barbican Art Gallery.

For those who prefer a more casual meal, the Hoxton Grill is a popular American-style diner featuring exposed brick walls and red leather booth, a varied menu and plenty of drinks options. If you are looking for more traditional British food with an elegant twist, The Clove Club is a former pub on Commercial Street, which has been reinvented as a trendy gastropub serving unique takes on British classics, and a varied menu of cocktails. The menu is always changing, so it is definitely a restaurant to visit more than once, and the five-course menu makes for a real gastronomic experience.